Interview questions for java that must be prepare.

Core Java interview questions help you in preparing for java based interviews. Whether you are a fresher or highly experienced professional, core java plays a vital role in any Java/JEE interview.

Core Java is the favorite area in most of the interviews and plays a crucial role in deciding the outcome of your interview. Interview questions for java we discuss in this post are must to prepare before going to Interview.

In this Interview questions for java blog, I am going to list some of the most important Java Interview Questions and Answers which will set you apart in the interview process. Java is used by approx 10 Million developers worldwide to develop applications for 15 Billion devices supporting Java. It is also used to create applications for trending technologies like Big Data to household devices like Mobiles and DTH boxes.

This post on JAVA Interview Questions is prepared to help you understand the basic concepts of Java programming for interview purposes. All the important JAVA concepts are explained here with examples for your easy understanding.

Q1. Can we Overload or Override static methods in java ?

Q2. What do you mean by platform independence of Java?

Platform independence means that you can run the same Java Program in any Operating System. For example, you can write java program in Windows and run it in Mac OS.

Q3. What do you understand by Java virtual machine?

Java Virtual Machine is a virtual machine that enables the computer to run the Java program. JVM acts like a run-time engine which calls the main method present in the Java code. JVM is the specification which must be implemented in the computer system. The Java code is compiled by JVM to be a Bytecode which is machine independent and close to the native code.

Q4. What are the features in JAVA?

Java is not 100% Object-oriented because it makes use of eight primitive data types such as boolean, byte, char, int, float, double, long, short which are not objects.

Q6. What is the difference between JDK, JRE, and JVM?

JVMs are available for many hardware and software platforms (so JVM is platform dependent). It is a runtime instance which is created when we run the Java class. There are three notions of the JVM: specification, implementation, and instance.

JDK: JDK is an acronym for Java Development Kit. It is a software development environment which is used to develop Java applications and applets. It physically exists. It contains JRE + development tools. JDK is an implementation of any one of the below given Java Platforms released by Oracle Corporation:

Q7. Is it possible to make array volatile in Java?

Yes, it is possible to make an array volatile in Java, but only the reference which is pointing to an array, not the whole array. Therefore, if one thread changes the reference variable points to another array, which will provide a volatile guarantee.

However, if several threads are altering particular array elements, there won’t be any happens before assurance provided by the volatile modifier for such modification.

If the purpose is to provide memory visibility guarantee for individual indices of the array, volatile is of no practical use for you. Instead, you must rely on an alternative mechanism for thread-safety in that particular case, e.g. use of a synchronized keyword.

Q8. What do you mean by Constructor?

Q9. What is the difference between Array list and vector in Java?

Q10. Why Java is not pure Object Oriented language?

Java is not said to be pure object-oriented because it supports primitive types such as int, byte, short, long etc. I believe it brings simplicity to the language while writing our code. Obviously, java could have wrapper objects for the primitive types but just for the representation, they would not have provided any benefit.

As we know, for all the primitive types we have wrapper classes such as Integer, Long etc that provides some additional methods.

Q11. What happens if you remove static modifier from the main method?

Program compiles successfully . But at runtime throws an error “NoSuchMethodError”.

Q12. What is classloader?

Classloader is a subsystem of JVM which is used to load class files. Whenever we run the java program, it is loaded first by the classloader. There are three built-in classloaders in Java.

Q13. What is overloading and overriding in java?

When we have more than one method with the same name in a single class but the arguments are different, then it is called as method overloading.

Overriding concept comes in picture with inheritance when we have two methods with same signature, one in parent class and another in child class. We can use @Override annotation in the child class overridden method to make sure if parent class method is changed, so as child class.

Q14. What are the various access specifiers in Java?

Q15. What are the advantages of Packages in Java?

There are various advantages of defining packages in Java.

Q16. What is the difference between equals() and == in Java?

Equals() method is defined in Object class in Java and used for checking equality of two objects defined by business logic.

Q17. Can we overload main method?

Yes, we can have multiple methods with name “main” in a single class. However if we run the class, java runtime environment will look for main method with syntax as public static void main(String args[]).

Q18. What is object-oriented paradigm?

It is a programming paradigm based on objects having data and methods defined in the class to which it belongs. Object-oriented paradigm aims to incorporate the advantages of modularity and reusability. Objects are the instances of classes which interacts with one another to design applications and programs. There are the following features of the object-oriented paradigm.

Q19. Why pointers are not used in Java?

Java doesn’t use pointers because they are unsafe and increases the complexity of the program. Since, Java is known for its simplicity of code, adding the concept of pointers will be contradicting. Moreover, since JVM is responsible for implicit memory allocation, thus in order to avoid direct access to memory by the user,  pointers are discouraged in Java.

Q20. How many types of constructors are used in Java?

Based on the parameters passed in the constructors, there are two types of constructors in Java.

Candidate should be prepare these Interview questions for java before going for interview.

Q21. What are the main concepts of OOPs in Java?

Object-Oriented Programming or OOPs is a programming style that is associated with concepts like:

Q22. Does constructor return any value?

yes, The constructor implicitly returns the current instance of the class (You can’t use an explicit return type with the constructor).

No, The constructor is not inherited.

Q24. Can you make a constructor final?

No, the constructor can’t be final.

Q25. Can we overload the constructors?

Q27. What is final keyword?

final keyword is used with Class to make sure no other class can extend it, for example String class is final and we can’t extend it.

We can use the final keyword with methods to make sure child classes can’t override it.

final keyword can be used with variables to make sure that it can be assigned only once. However the state of the variable can be changed, for example, we can assign a final variable to an object only once but the object variables can change later on.

Java interface variables are by default final and static.

Q28. What is static keyword?

static keyword can be used with class level variables to make it global i.e all the objects will share the same variable.

Q29. What is finally and finalize in java?

finally block is used with try-catch to put the code that you want to get executed always, even if any exception is thrown by the try-catch block. finally block is mostly used to release resources created in the try block.

Q30. What is the static variable?

The static variable is used to refer to the common property of all objects (that is not unique for each object), e.g., The company name of employees, college name of students, etc. Static variable gets memory only once in the class area at the time of class loading. Using a static variable makes your program more memory efficient (it saves memory). Static variable belongs to the class rather than the object.

Oops Concepts Interview questions for java that must be prepare.

Q31 What is Inheritance?

Inheritance is applicable for public and protected members only. Private members can’t be inherited.

Q 32 What is Encapsulation?

We are declaring ‘a’ as an integer variable and it should not be negative.

If someone changes the exact variable as “a = -5” then it is bad.

Q33. What is Polymorphism?

Polymorphism is briefly described as “one interface, many implementations”. Polymorphism is a characteristic of being able to assign a different meaning or usage to something in different contexts – specifically, to allow an entity such as a variable, a function, or an object to have more than one form. There are two types of polymorphism: 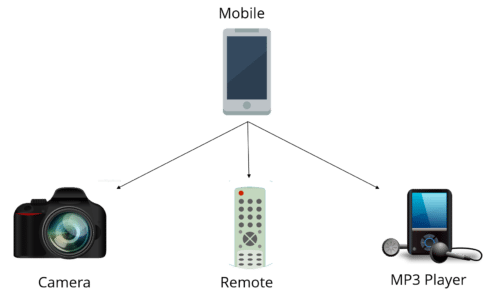 Q34. What is runtime polymorphism or dynamic method dispatch?

Q35. What is abstraction in Java?

Abstraction refers to the quality of dealing with ideas rather than events. It basically deals with hiding the details and showing the essential things to the user. Thus you can say that abstraction in Java is the process of hiding the implementation details from the user and revealing only the functionality to them. Abstraction can be achieved in two ways:

Q36. What do you mean by an interface in Java?

An interface in Java is a blueprint of a class or you can say it is a collection of abstract methods and static constants. In an interface, each method is public and abstract but it does not contain any constructor. Thus, interface basically is a group of related methods with empty bodies. Example:

Q37. What is an abstract class?

Q38. What is the difference between abstract class and interface?

abstract keyword is used to create abstract class whereas interface is the keyword for interfaces.

Abstract classes can have method implementations whereas interfaces can’t.

A class can extend only one abstract class but it can implement multiple interfaces.

We can run an abstract class if it has main() method whereas we can’t run an interface.

Some more differences in detail are at Difference between Abstract Class and Interface.

Q39. Can an interface implement or extend another interface?

Interfaces don’t implement another interface, they extend it. Since interfaces can’t have method implementations, there is no issue of diamond problem. That’s why we have multiple inheritance in interfaces i.e an interface can extend multiple interfaces.

Q40. What is Marker interface?

A marker interface is an empty interface without any method but used to force some functionality in implementing classes by Java. Some of the well known marker interfaces are Serializable and Cloneable.

Q41. What are Wrapper classes?

Q42. What is encapsulation in Java?

Encapsulation is a mechanism where you bind your data(variables) and code(methods) together as a single unit. Here, the data is hidden from the outer world and can be accessed only via current class methods. This helps in protecting the data from any unnecessary modification. We can achieve encapsulation in Java by:

Q44. What is anonymous inner class?

Q45. What is Classloader in Java?

Java Classloader is the program that loads byte code program into memory when we want to access any class. We can create our own classloader by extending ClassLoader class and overriding loadClass(String name) method. Learn more at java classloader.

Q46. What are different types of classloaders?

There are three types of built-in Class Loaders in Java:

System Class Loader – It loads classes from the current classpath that can be set while invoking a program using -cp or -classpath command line options.

Here are some Other Interview questions for java

Must Read Interview questions for java

Here Are Some More Interview questions for java